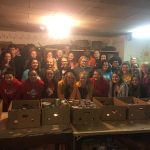 The Festus football team partnered with the Festus softball team on Saturday to help collect canned goods for both the Ozark Food Pantry and the food pantry at the 1st Christian Church in Festus. The Festus Middle School also contributed a huge amount of canned food to the pantry, and the football team picked up cans on Saturday morning in many neighborhoods. They were 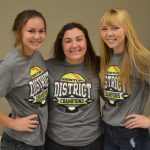 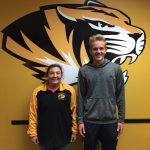 Congratulations to Sara Hoffman and Tim Uskiwich.  Sara and Tim are FHS’ Class of 2018 Wendy’s High School Heisman nominees. We are proud of these two scholar athletes. They both now advance to the state level competition. Sara and Tim were selected based on GPA requirements, participation in athletics, and for being proven leaders and role models within

Seven Festus Tigers softball were recently honored by being named to the All-District team. Four players were tagged as first team honorees.  Sara Hoffman (12), Abby Rickermann (10), Cailey McFadden (11), and Kaylee Williams (12) were named to the 15-member team. Three other Tigers were named to the second team.  They were Emilie Gibbar (12),

Six Festus Tigers softball players were recently named to the JCAA All-Conference teams.  For a complete list of the honorees, please click the link: all conference softball 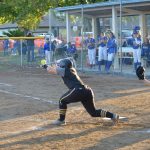 The Festus varsity softball team has had a flair for the dramatic all season long…come-from-behind victories, walk off wins…the list goes on and on.  So when the bases were loaded in the bottom of the seventh inning with the Tigers trailing 5-3 in Thursday’s state sectional contest against St. Francis Borgia, Festus fans were expecting

Here are some important details concerning Wednesday’s Sectional softball game at Sunset Park. The game will start at 4:30 p.m. at Sunset Park in Festus.  The Festus Tigers will meet the St. Francis Borgia Knights. There is a $7 admission fee which is set by the Missouri State High School Athletic Association.  There will be one 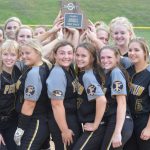 On October 7, 2016, the Festus Tigers softball team won a district championship on the field at Notre Dame High School that had more twists and turns than one could imagine.  On October 6, 2017…they did it again…same place…same result. When the Tigers defeated Windsor last year to win the district championship, very few folks 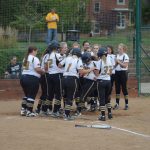 The Festus varsity softball team had more than enough anxious moments in its semifinal district contest against St. Louis Notre Dame High School.  After falling behind by four runs, battling back to tie it and then taking the lead, only to lose the lead again, the Tigers finally won the game 12-8.  Now it’s one

The Festus JV softball team closed out its 2017 campaign Monday with a 5-3 victory at St. Clair.  The Tigers’ season ends with a 9-11-1 record, as the team won its final two games of the season. The Tigers opened the scoring in the first when Paige Perry (9) singled and later scored on a

No Events This Week

Events are added by athletic staff.
View All Events